Koodo is a popular cell phone company in Canada. A major branding for Koodo is their cartoon wrestler, El Tabador. Koodo came to my company to collaborate on an interactive game.

To create a fun interactive game to promote their holiday album, A Merry Mariachi Holiday, that will work on the Timeplay platform.

To do this, the Creative Director and I came up with a type of old-school shooting gallery. The video panned along a snowscape and El Tabador would pop up from behind objects. All players in the audience were divided into two teams. Artwise, I was given assets and created a ‘panoramic’ style with small real-time animations. 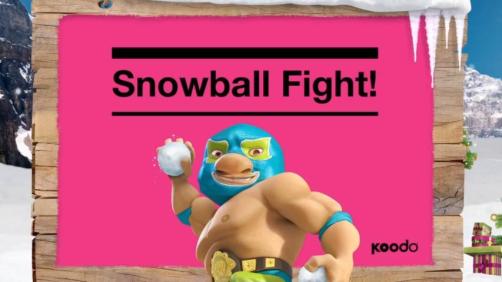 For the smartphone, the Creative Director, developer and I came up with a ‘flicking’ motion. 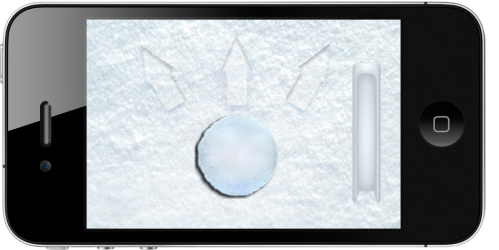 At the end of the game, all players won a free download for the holiday album, and the winning team won assorted prizes. The Grand Prize was a Samsung Galaxy S II X.

This is an example of the prizing artwork in your smartphone: 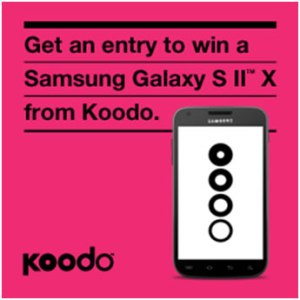 The game was so popular that Koodo came back to us the next fall for a new game, where the prize was a Galaxy SIII:

Total time from inception to completion was about 4 weeks.

I worked with a talented group of people. If you’re interested, their links are below:

Tanya is a talented and friendly artist with impeccable attention to detail. She is not only creative but is also great at picking up different software, getting things done well fast, and works wonderfully with a variety of people in different settings. I’d love the chance to work with her again!

Tanya is an awesome artist to work with. She is extremely organized and knowledgeable in many regards. She is very clear when explaining what she wants, yet remains flexible as to how to get there. Overall, Tanya is talented and really fun to work with.